BioLogic has over 25 years of experience producing scanning probe electrochemistry instruments. Initially this included a number of single technique instruments, with the first modular scanning electrochemical workstation, the M370, introduced in 2006, under the Uniscan name.

BioLogic’s M470 Scanning Electrochemical Workstation gives users the highest level of flexibility available in scanning probe electrochemistry. There are 9 different techniques available on this fully modular instrument which can be included at point of purchase or added as the researcher’s needs grow. The wide range of cells and probes available for the M470 ensure that the instrument can be constantly tailored to meet experimental needs. The M470 is the only commercial instrument offering Intermittent Contact-SECM (ic-SECM) for constant distance SECM measurements. In this latest generation of scanning probe workstation all of the necessary electronics are contained within a single control unit, taking up the smallest possible amount of space. 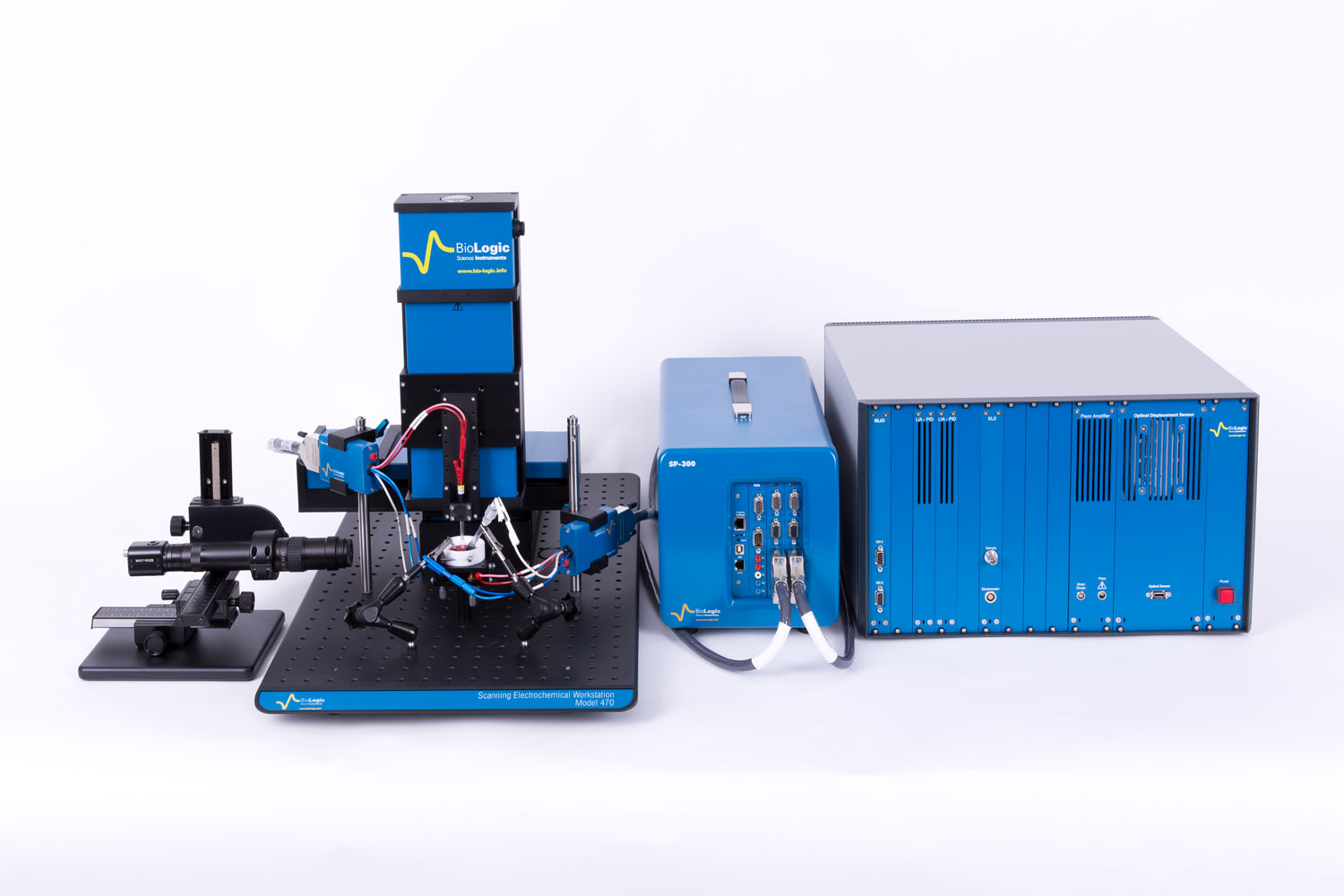 A modular, state-of-the-art instrument allowing users to exploit 9 local electrochemistry techniques.
More info
BioLogic uses cookies to provide you with a quality user experience, measure the audience, optimize the functionalities of social networks. In pursuing your navigation on this site, you accept the use of cookies under the conditions provided by our privacy policy. Learn more
Accept