Anatomy of an SKP probe

The SKP probe acts to form a parallel plate capacitor with the sample of interest, which allows the sample Contact Potential Difference (CPD, or Volta potential) to be measured. While a parallel plate capacitor will form when two different materials held parallel to each other are connected, careful consideration of the probe design is required to achieve high-quality results from the SKP measurements. The two key components affecting measurement are the tip and the shield, highlighted in Fig. 1 below. We will discuss both components individually. 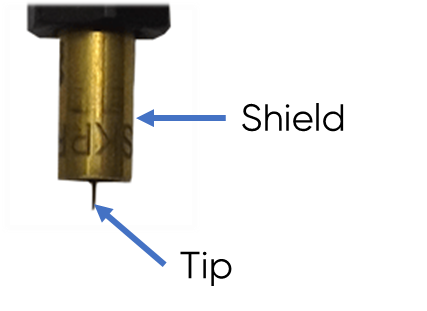 Figure 1: The 150 µm SKP probe is shown with the tip and shield highlighted.

The probe tip is key to the quality and resolution of SKP measurements. As with other scanning probe measurements, the SKP probe controls the final resolution of the SKP measurement, with smaller tip diameters generally resulting in higher resolution measurements. For SKP, however, this relationship does not necessarily follow a straight line as the probe becomes smaller and smaller. In SKP an important factor that must be considered regardless of probe size is when the electric field between two capacitors bends past the plane of the electrodes, illustrated in Fig. 2.

Due to the fringing effect the measured probe signal is influenced by an area larger than the region directly beneath it. The fringing effect becomes stronger as the probe diameter decreases, and the edges and sides of the probe become proportionally larger compared to the area of the probe. The result is that there is an increasing influence of fringing on the measured CPD, which must be considered when interpreting results from the smallest SKP probes [1]. 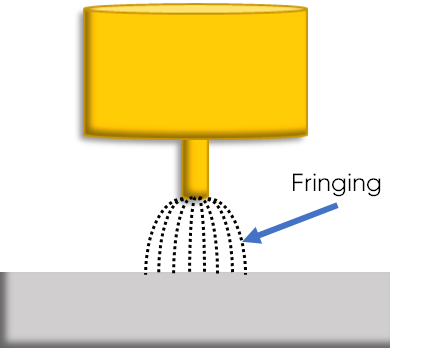 Figure 2: The fringing effect in SKP is illustrated, the dashed lines represent
the electric field between the probe and sample.

The material of the SKP probe tip must also be considered. When selecting a material for an SKP probe it is important that it is stable with a reproducible work function under the experimental conditions of interest [2]. If the material does not meet this requirement the CPD could vary throughout a measurement due to the probe. Furthermore, the tip material influences how sensitive the signal is to changing probe to sample distance [3]. When the tip material is selected correctly there will be minimal change in signal strength or quality with minor sample topography changes, as occurs with the tungsten wire of BioLogic’s SKP probes. Finally, the material of the probe tip has been seen to influence the ability of the probe to resolve changes in potential [2].

While the tip on its own is enough to form the parallel plate capacitor required to perform the SKP measurements the signal quality can be poor if only a wire is used. Stray capacitance must be accounted for when performing SKP, which could cause difficulty in the interpretation of the results. The role of the shield is to reduce stray capacitance in the measurement and improve the resulting signal [4]. Not all shields designs behave the same. For example, glass has been experimented with as a shielding material, however, it has been found that an electrostatic charge can form on the glass shield which influences the measured signal, and can be difficult to remove under standard conditions [5]. On the other hand, it has been found that the inclusion of an airgap can improve the resistance of the measurement to stray capacitance [6].

For further information on the configuration and factors influencing an SKP measurement check out our SKP101: Introduction to Scanning Kelvin Probe article.

SKP and the Fringing Effect

The fringing effect and its role in Scanning Kelvin Probe (SKP) is introduced.
More info

A bright idea: Scanning Kelvin Probe (SKP) for the investigation of photovoltaic systems

Article covers the importance of accurately measuring the work function of device components, in particular that of the electrodes. in relation to photovoltaic technologies
More info