As previously described [1], the Quartz Crystal Microbalance is based on the fact that the resonant frequency of a quartz resonator changes when its thickness changes. Using the Sauerbey equation we can calculate a mass change from this frequency change. The conditions under which the Sauerbrey equation is applicable are described in a different topic [2].

There are several methods used to measure the resonant and monitor resonant frequency changes.  The standard historical method using oscillator circuits is limited to resonant frequency measurements at the fundamental frequency whereas advanced systems using impedance analysis or ring-down provide dissipation and overtone measurements. A good overview of these methods is given at p. 23 in the book by D. Johannsmann [3].

In this article, we will only describe the impedance analysis method used in the BluQCM. Knowing the nominal resonant frequency of a given resonator, an impedance or rather an admittance measurement is performed by the BluQCM at frequencies around the nominal resonant frequency. Plotting the real part of the admittance also known as the susceptance as a function of the frequency, we obtain the curve shown in Fig. 1 on the right.

Adding a rigid layer, which is assumed to be elastic, to move as fast as the quartz i.e. to have the same mechanical properties as the quartz (same shear modulus and density), has the same effect as increasing the thickness of the crystal: the resonant frequency is shifted and the bandwidth, although not constant changes only slightly as it is shown in Fig. 2.

The bandwidth is related to the elastic properties of the resonator as well as the medium in which the crystal is vibrating.

In Fig. 1, the effect of increasing a resonator thickness is illustrated: when the thickness increases the resonant frequency shifts to lower values, as is predicted by Eq. 3 in Quartz Crystal Microbalance: principles and history [1]. 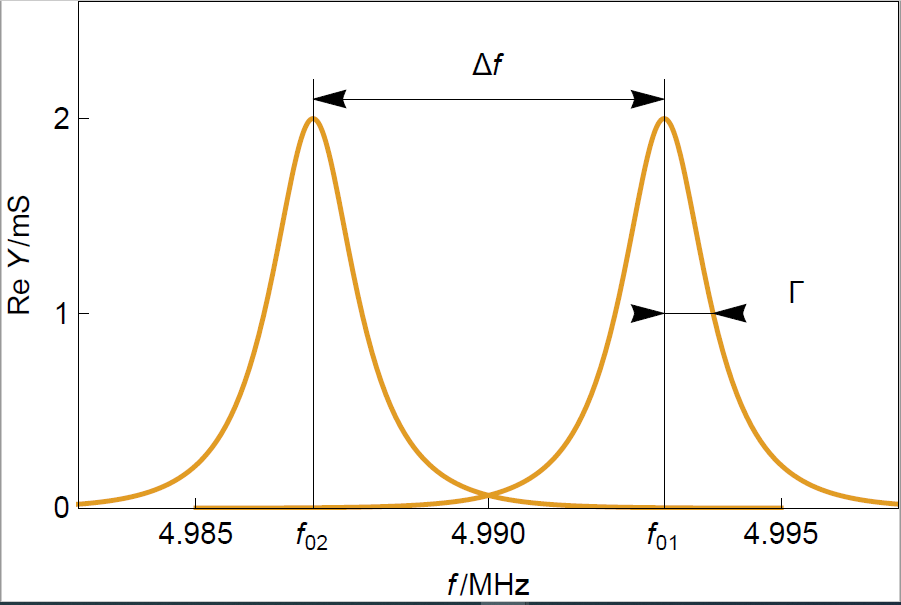 Adding a rigid layer, which is assumed to be elastic, to move as fast as the quartz i.e. to have the same mechanical properties as the quartz (same shear modulus and density), has the same effect as increasing the thickness of the crystal: the resonant frequency is shifted and the bandwidth, although not constant changes only slightly as it is shown in Fig. 2. 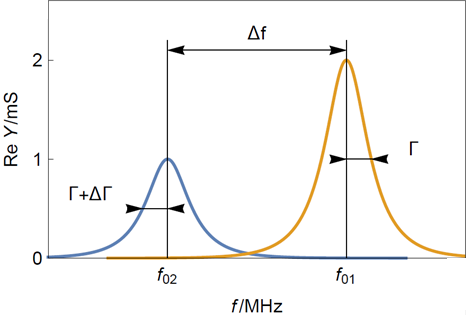 Figure 2: Typical resonance curves of (yellow) a clean sensor and (blue) a sensor with a thin rigid layer.
Note that the frequency shift $\Delta f$ is much larger than the dispersion shift $\Delta \Gamma$

As previously stated, the BluQCM measurement is an impedance or rather admittance measurement performed between the two electrodes of the resonator. The resonator being a piezoelectric material, the response of the system to an electrical modulation is not only electrical but also vibrational or acoustic. However, the system can be modeled by a simple equivalent circuit that is called the Butterworth-van Dyke (BvD) equivalent circuit [4, 5] (Fig. 3): 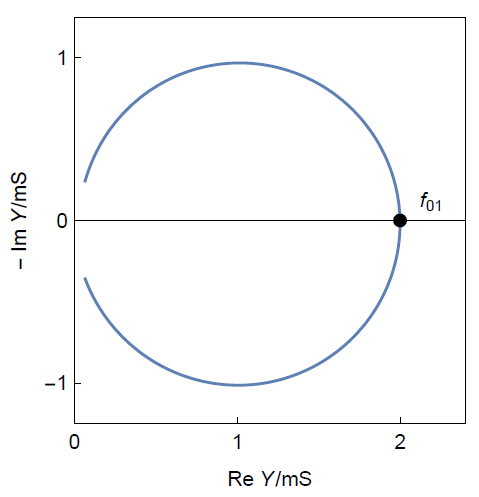 Figure 4a: Nyquist diagram of the admittance of a BvD circuit[/caption] 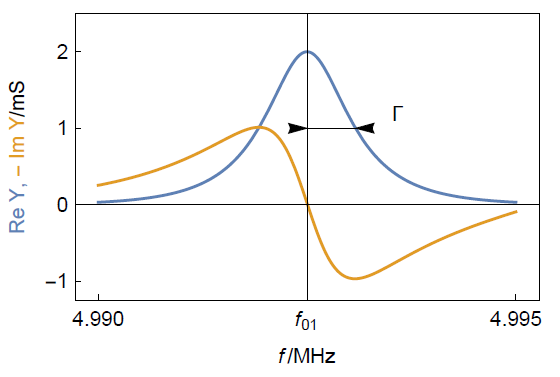 Figure. 4b. Representation of the same impedance as $\mathrm{Re}(Y),\,\mathrm{-Im}(Y)\,vs.\,f$ for
typical parameters. One can see how to determine the resonant frequency and the half bandwidth.

The relationship between the resonant frequency and the half-bandwidth with the components of the BvD circuit are the following [6]:

$\Gamma$ is a direct measurement of the resonant frequency dispersion in $\mathrm{Hz}$ and is directly related to the acoustic properties of the film. This parameter must be measured to be able to make sure that the Sauerbrey equation can be applied to determine mass change from frequency change. We will see these aspects in more detail [3].

Standard instruments usually only give the resonant frequency changes and the resistance R1, from which it is not easy to deduce the bandwidth or the dissipation $D$ without unit:

The principles behind the QCM technique are described as well as an introduction to its history.
More info

The measurement principles used in BluQCM are described
More info

QCM: When is the Sauerbrey equation valid?

How to ensure the validity of the Sauerbrey equation
More info

The benefits of QCM measurements at overtones are described.
More info

The BluQCM QSD is a single channel, compact and modular instrument. Its low footprint and lightweight makes it particularly suitable for crowded labs. It is available as standalone, with temperature control or/and flow control.
More info