Effect of the staircase on current sampling.

Cyclic voltammetry is one of the most commonly used electrochemical techniques. The purpose of this technique is to stress the cell by applying a voltage scan and measure the resulting current ITOT, which is actually the sum of the capacitive IC  and faradaic currents IF.

Because of the potentiostat’s digital architecture, the voltage scan, dE/dt, is performed by applying a small voltage step, dE (Fig. 1). 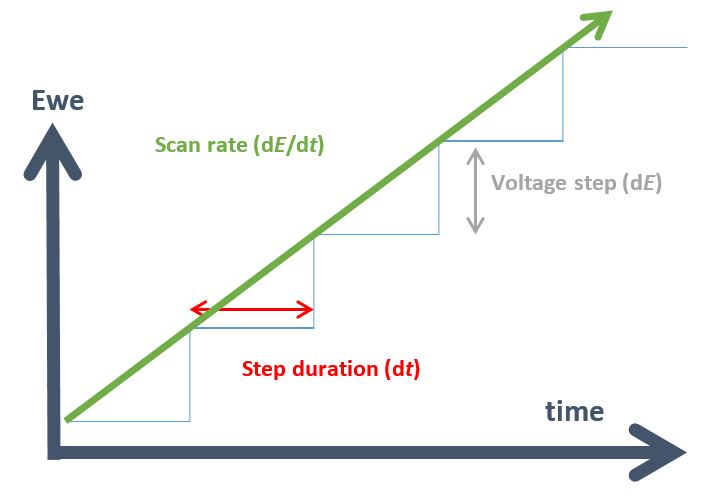 An introduction to digitally sampled current is given in the article “Cyclic Voltammetry – how to obtain good results”.

Depending on where, and how, the sampling is managed, you will obtain more faradaic or more capacitive current.

NOTE: For good voltage control resolution it is important to mimic the perfect ramp (as close as possible to analog behavior).

As discussed below, an electrochemist’s objective is to perform the most accurate ramp, corresponding to an analog ramp. So it is critical to understand how the current is sampled.

In which condition is my digital sampling equivalent to analog sampling?

NOTE: in CV sim, the model is based on analog behavior. See article “How to measure reaction kinetics parameters using cyclic voltametry“

A priori there is no need to obtain equivalence between analog and digital voltammetry at a unique sampling value. There are numerous reviews dealing with this subject [1-4] and more recently this comparison has been extensively investigated by Montella in a series of four papers. [5-8]

Is one point enough?

It has been demonstrated that according to the species under study, the sampling at one point, in a range between 30% to 50% of the step duration, is equivalent to a true linear (analog) scan [5] (Fig. 2). Intrinsically, it is difficult to optimize the settings as this parameter has to be known before the measurements are carried out. 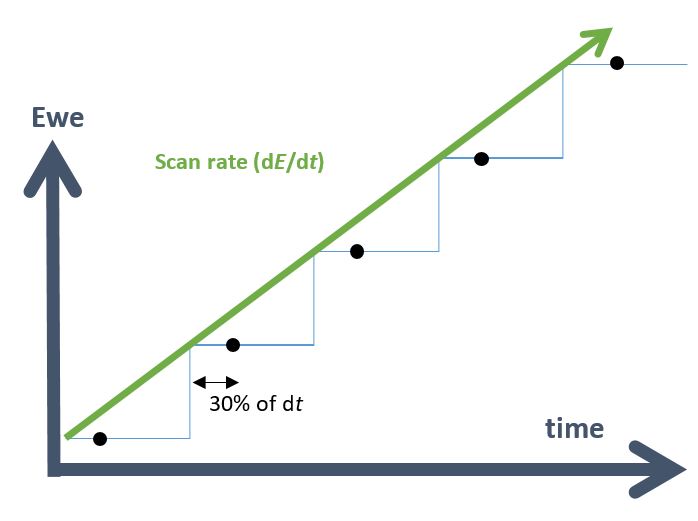 Is over the step averaging helpful?

Montella investigates the subject in another way. If averaging is performed on the whole step [8], it has been demonstrated that the sampling yields nearly the same current as the true linear voltage scan. This has been shown on reversible and quasi-reversible electrochemical reactions without ohmic drop compensation and double layer effect. 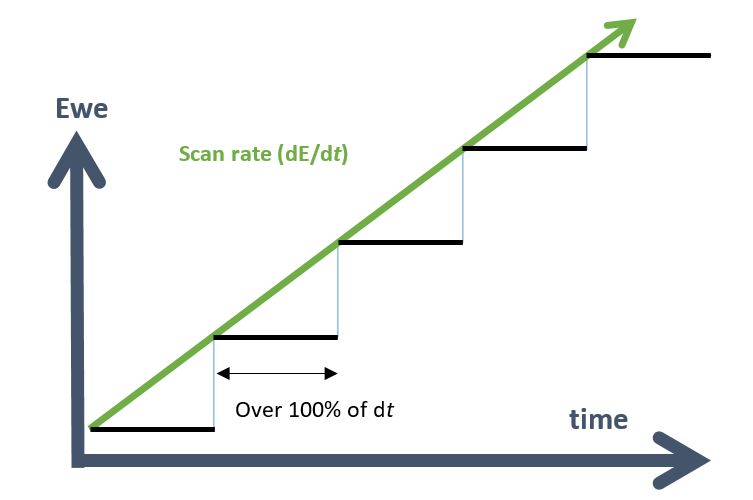 Fig. 3: Voltage scan. Sample over 100% of the step duration, dt. Sampling is shown by the black line.

Focus in EC-Lab: This parameter is managed by the following setting.

To obtain true analog behavior, use the Analog Ramp Generator (ARG) add on. This option allows also fast sampling, up to 1 MV/s as the voltage scan definition is not limited by the voltage control resolution.

Additional module providing voltage scans of up to 1 MV/s with an acquisition time down to 1 μs.
More info