The CPD is highly sensitive to changes in surface state, making both techniques well suited to studying changes in the surface. Furthermore, based on the CPD measured the local Corrosion Potential (Ecorr) or work function of a sample may be found. The principle behind both SKP and KPFM is the same. When the probe and the sample are in electrical contact charge flows between the two causing the Fermi levels to equilibrate. This in turn results in the formation of a surface charge and a potential difference between the probe and sample. This potential difference is the CPD measured in both techniques. Typically, in both SKP and KPFM the CPD is measured using a “nulling” technique where a potential is applied between the probe and sample until the charge between the two is reduced to zero. This principle is illustrated in Fig. 1. 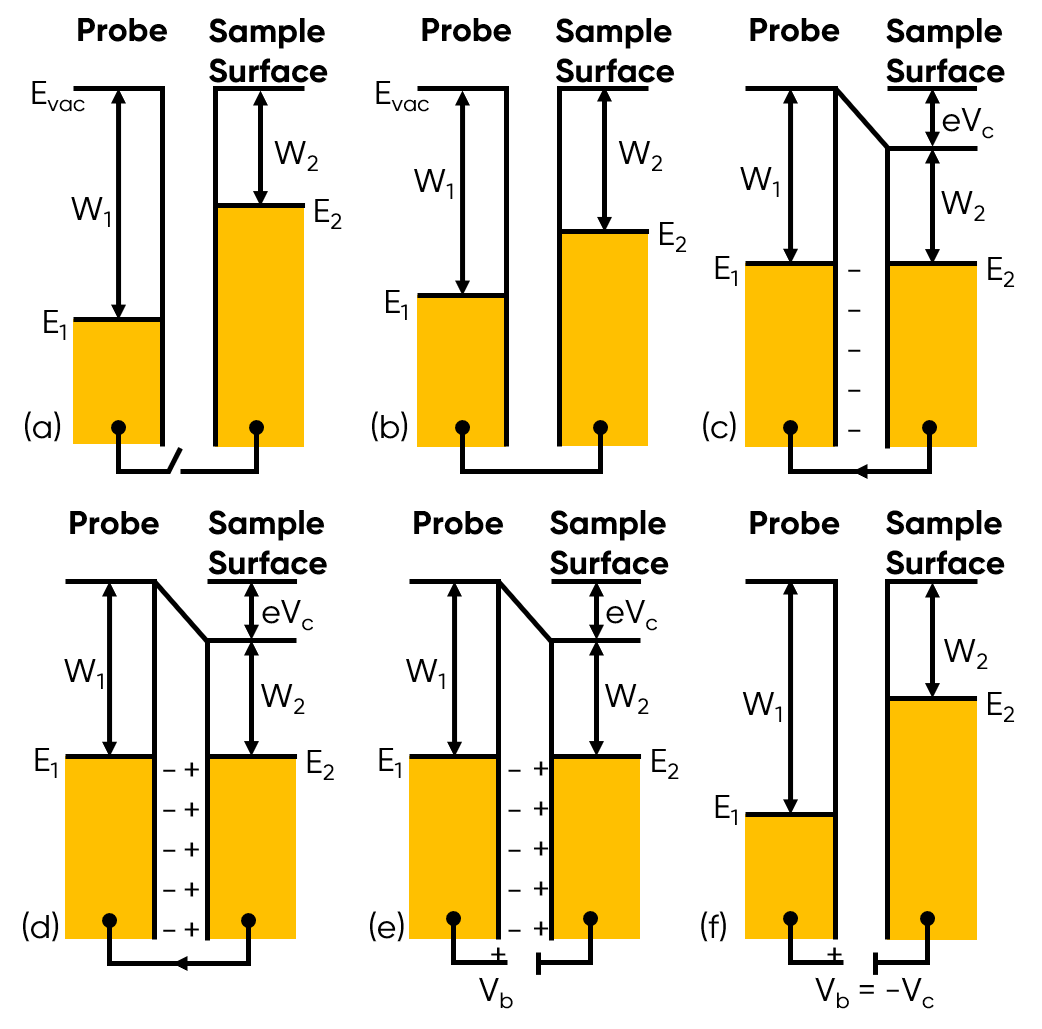 Figure 1 : Schematic illustrating the principle behind both the SKP and KPFM techniques.

Although based on the same principle the method of measuring the CPD differs between the two techniques. SKP is a standalone technique in which a disc shaped probe is used to form a parallel plate capacitor with the sample. The probe is sinusoidally vibrated perpendicular to the sample causing an AC current to form. The AC signal is demodulated to a DC signal, to allow the application of a backing potential to null the surface charge. This in turn is used to determine the CPD. KPFM, on the other hand, is an Atomic Force Microscopy based technique. In this case a conductive, sharp, AFM probe is used as the KPFM probe. The surface charge affects the electrostatic force between the probe and the sample. By applying an AC bias voltage to the probe, the probe begins to oscillate due to the oscillating electrostatic forces. In this case a DC bias is applied to null the charge, which in turn minimizes or stops the probe oscillation [1].

It is often requested that we explain the differences between the SKP technique, as available on the M470, and the KPFM technique. Although both SKP and KPFM are used to measure the CPD, and by extension the Ecorr or work function, of a sample there are a number of notable differences between the two. As noted above in SKP the probe vibration drives the formation of an AC current which is used to measure the sample CPD, while for KPFM an applied AC bias voltage drives the probe vibration due to oscillating electrostatic forces which are exploited to measure the sample CPD [2].

The use of a flat disc probe in SKP measurements means the resolution achieved is typically on the scale of hundreds of µm or larger, which makes it well suited to measurements of large scan areas, of thousands of µm or larger. On the other hand, KPFM utilizes a sharp AFM tip allowing measurements that have nm scale resolution but are limited to less than 100 µm in x or y. Both SKP and KPFM can be used in either constant height mode, to achieve the fastest measurements, or constant distance mode, to counter the effects topography can have on the Kelvin probe measurement. It is important to note that while both techniques can track surface topography the relative changes they are suited for differs, with SKP suited to flat and rough samples, and KPFM suited to relatively flat samples.

In SKP constant distance measurements are dual-pass experiments, with the topography first measured in a non-contact experiment. For KPFM whether the constant distance measurement is single pass or dual pass is manufacturer-dependent. In KPFM topography is followed either through contact mode, where the probe is in contact with the sample for the duration of the measurement or through tapping mode, where contact with the sample is made periodically during the probe’s vibration. This contact between the probe and sample can lead to tip degradation [3]. Table 1 summarizes the similarities and differences between SKP and KPFM.

Table 1: Comparison of the SKP and KPFM techniques.

There are a number of key reasons to use SKP rather than the KPFM technique. An obvious reason is the noticeable difference in scan area size between SKP and KPFM. The typical scan area of 100 µm or less available on KPFM instruments can be highly limiting. When large scan areas, or large features are of interest SKP is the most appropriate choice. Unlike SKP, the KPFM technique is poorly suited to the measurement of rough samples. When used with rough samples the sharp AFM tip used for KPFM is subject to a high level of fringing from any surrounding features, which makes the measurements susceptible to artefacts.

To avoid such artefacts rough samples, for example corroded samples, are often polished for use in KPFM studies [4]. Because the Kelvin probe techniques are highly sensitive to changes in surface states, polishing the sample before measurement means it is no longer in the state of interest, making interpretation of the results difficult. On the other hand, SKP can be used to measure smooth or rough samples, without the need for further sample preparation. The different probe type used in SKP also provides an advantage over the KPFM technique. In SKP the probe is a wire ending in a flat disc, with the flat disc essentially acting as an isolated surface to form the parallel plate capacitor with the probe.

This is not the case for the KPFM probe, which is a sharp tip attached to a cantilever. Unlike the disc of the SKP probe, the tip of the KPFM probe is not isolated. Because of the close proximity between the cantilever and the sample this can also influence the signal measured, causing further errors in the measurement [4, 5]. Due to the large scan areas, ability to measure rough samples, and minimal artefacts from the probe there are many applications for which SKP is a superior option to KPFM, these include applications in fields such as corrosion and coatings, materials, photovoltaics and more.

For a more detailed description of SKP please see the article SKP101: An Introduction to Scanning Kelvin Probe.

You may be interested in these other local electrochemistry articles

SECM101: What is Constant Distance (CD)-SECM?

Anatomy of an SKP probe

The key features of an SKP probe will be discussed.
More info

Used extensively for research in coatings and corrosion. LEIS is of particular use for measuring the impedance of coated samples.
More info

The SDS470 is perfect for any conducting or semi-conducting sample. Because the technique is centred on a confined, local electrochemical cell, it can potentially be used for applications in a wide variety of fields from sensors to catalysis
More info